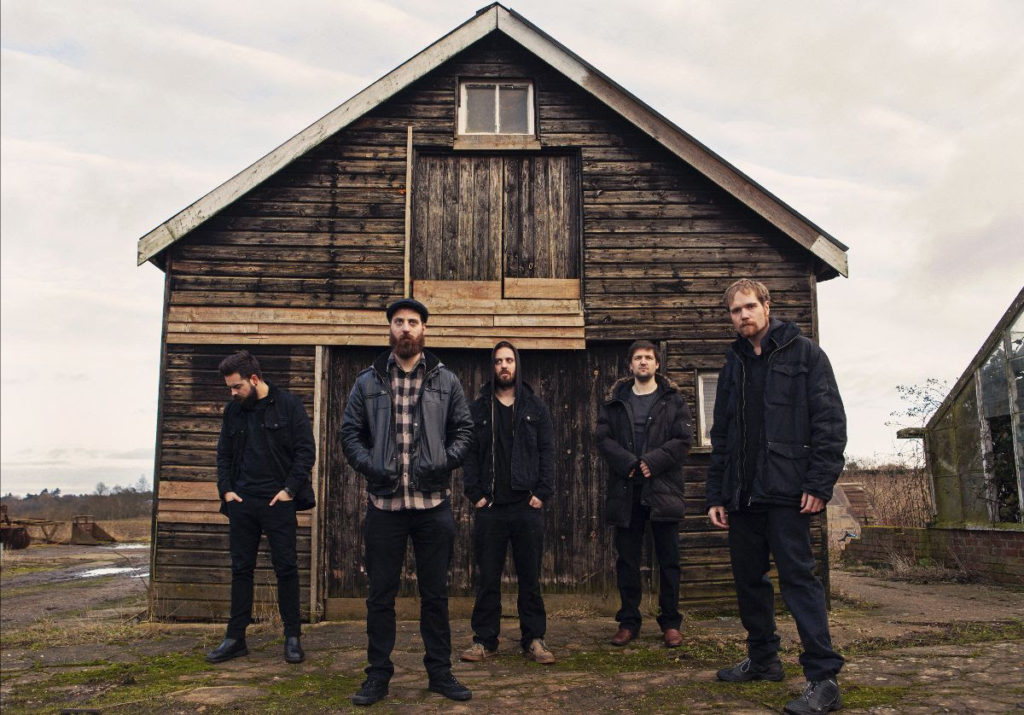 Oxford’s leading sludge metal force DESERT STORM premiere a brand new song taken from fifth full-length ‘Omens’, due out this May 1st on APF Records. Stream “Pain, Grief and Suffering” right now on The Sludgelord website!
After their nearly prophetic “Black Bile” video and bleak second single “The Machine”, DESERT STORM unveil a brand new song called “Pain, Grief and Suffering”. Instantly gripping the listener’s guts with its dantean grooves and frontal riff onslaught, it also shows a whole new aspect of the band’s songwriting, with its piano bridge taking you to emotional peaks… only to crush all hope during its grand and fearsome solo-driven finale.

Frontman Matt Ryan tells us more about this new song: “‘Pain, Grief, and Suffering’ is that place where you are numbed to everything and so disassociated with life that you crave hurt just to feel alive. When you are completely lost, only the hardest emotions can make you feel again.”  DESERT STORM recently announced the cancellation of their spring European tour —  who included a few festivals appearances including Desertfest London. The band is working on rescheduling all dates, stay tuned for more info.

DESERT STORM have been making a name for themselves since they formed in late 2007. From the beginning the band have worked hard, with four albums and relentless touring of the UK & Europe with the likes of Karma To Burn, Nashville Pussy, Peter Pan Speedrock, Honky and Hang The Bastard as well as support slots to the likes of Orange Goblin, Red Fang, American Head Charge, Weedeater, Crowbar, Mondo Generator, The Atomic Bitchwax and festival appearances at Bloodstock Festival, Hammerfest, Hard Rock Hell, Giants of Rock, The Bulldog Bash, Desertfest (UK/DE) & Roadkill Festival.

In early 2018, the band released their fourth album ‘Sentinels’ on APF Records and spent much of the next two years on stage in support of it – including tours with Karma To Burn, Boss Keloid, Raging Speedhorn, and support slots to Corrosion of Conformity, Skindred and Komatsu.

While ‘Sentinels’ was described as their darkest and heaviest record to date, new album ‘Omens’ sees DESERT STORM reaching a whole new level in terms of songwriting and storytelling. The five piece have found the balance between their trademark menacing sludge anthems and introspective, melody-driven moments where vocalist Matt Ryan turns into a different persona, shifting from conquering growler to an even more captivating, deep-toned narrator. Breathtaking closing ballad “Rebirth” will achieve the feeling of a band that know exactly where they want to take the listener and establish themselves as standout storytellers of the UK heavy metal scene. ‘Omens’ was recorded and mixed by Steve ‘Geezer’ Watkins at Woodworm Studios, and mastered Tim Turan at Turan Audio. Artwork was designed by Mattias Frisk.