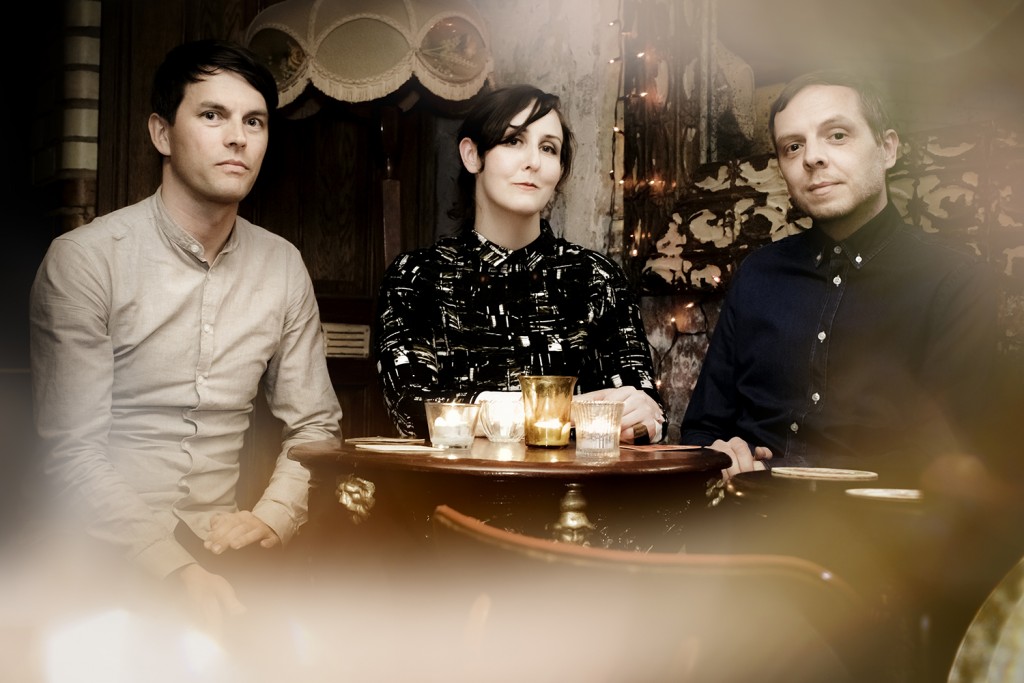 In October we expect you in Greece for two shows. What have you prepared for your audience? What will be the concept of your live shows?

We will play songs from our latest albums but also songs from earlier releases. We are really excited to come to Greece, it is the first time any of us have been there. And it is actually three shows planned now – Athens, Volos and Thessaloniki and we are really looking forward to them!

Do you consider your audience as demanding?

No, actually the opposite. We have the nicest fans and always feel very welcomed when we play our live shows.

We would like you to introduce yourselves. Tell us about the members of the band.

Death and Vanilla are: Anders, Magnus and Marleen. We are from Malmö in Sweden.

Talk to us about your last record. How was it received by people?

We think our last album has been very well received and we are really happy about that. It is very fortunate to have such a supportive audience that we have. It is our second full length album, and it has been well received by former fans as well as with new ones. The songs for this album has been both a bit more pop oriented than the first one, but some songs have also been more experimental than any other we did in previous releases.

How was your band created?

We are basically three friends who started making music together a couple of years ago – we shared the same interests and taste in art and music and just decided to try to make some songs together.

How did you came up with the name of the band? Does it mean something special to you?

The band name comes from one of us having two pet rabbits as a child. One was white and one was black, and hence the names. It does not really mean anything, but we just liked the idea to take the names for the band name.

What are the musical paths you walk on? What are your influences?

We like to think that we make pop music with an experimental side to it. We are very influenced by music of course, but also by film, art and literature. We listen to all types of music and some of the bands/composer are: Ennio Morricone, Throbbing Gristle. The Zombies, Francois de Roubaix among many others.

How do you react in a case of failure? If you know, you have done a very good job and people are just not into it; how does that affect you?

You know, you can only do your best. And if you feel that you did that, then there is really not much to be for sorry for. You can’t win them all.

Which things do you take as breakthroughs in your musical course so far?

Doing the “Vampyr” soundtrack was a massive thing for us to do and one of the high points. It was more than one hour music composed and improvised music that we played live during the screening of the film. It was good challenge for us, and it also connected our music to two of our other big interests which is film and film music.

Do you experiment in your music?

Yes very much. We love experimentation and that it one of the cornerstones of our sound. We love to experiment with different sounds.

It is dark times in the world every now and then, and the wars that are taking place in several countries right now sure are disturbing. It is really hard to get your head around it. What gives you hope is every act you see when people engage to help each other and work in the opposite way of handling conflicts. We really need to have respect for each other.

What are the messages you try to pass on through music?

We don’t have a message really, we just want our music to be a bit of an escape from reality. Something you can close your eyes and listen to that takes you away to other places in your mind. And we just like to spread the kind of music and culture we like our selves really. It is fun to share.

What do you think is what makes you special?

Haha! We don’t think we’re special at all. We’re just people making music. And when other people like it, it just makes us happy.

What are your future plans? Are you working on anything new?

We have a few shows left to do this year and after that we will start recording and work on new stuff.

What is your band objective? How far do you want and dream to go?

We don’t really dream of being popstars or anything like that. We will carry on making music for as long as we enjoy it. We are really lucky to have an audience, as we said earlier, that are very supportive. We would have made the same music we do anyway, even if no one liked it. But we do feel very happy about that we have been able to release the records through some really great record labels, and been able to tour and have an audience listening to our music. We just hope to continue with it as it is!

Thank you very much!!

In introspection and sense...