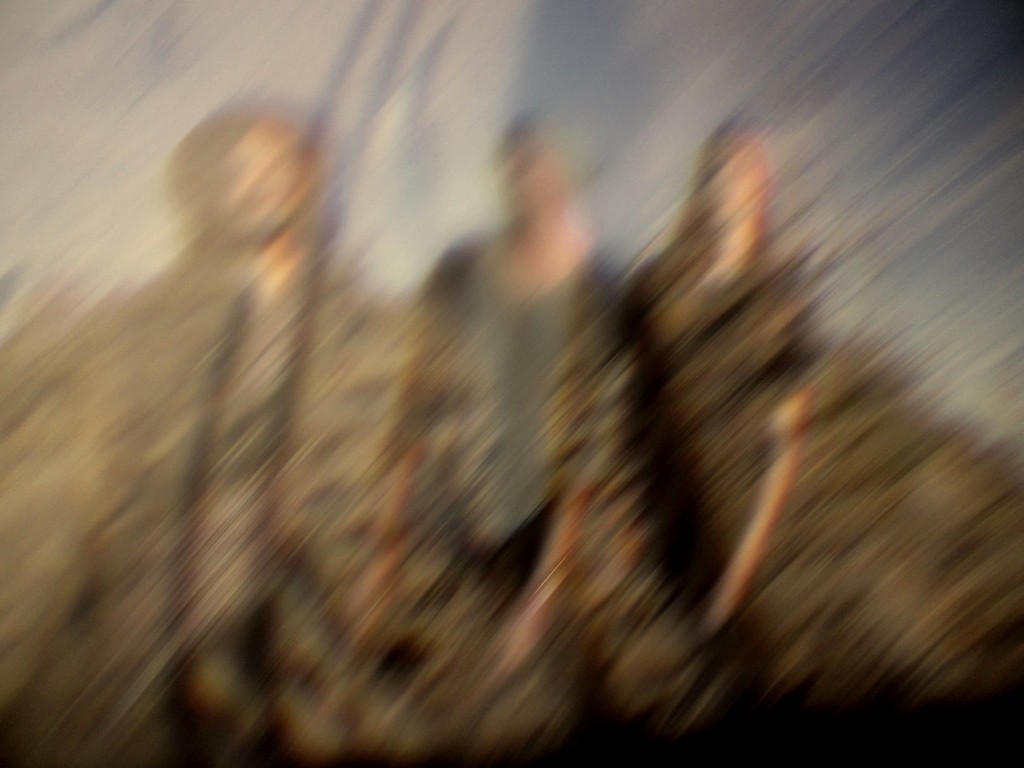 To begin with, we would like you to introduce yourselves to our audience, to the ones that do not know you yet. A few words on who you are and where you are going.

The Myrrors are a band from Tucson, Arizona going into its ninth year of existence. We play free rock-and-roll and are currently on our way to Sofia, Bulgaria to play for some people there before heading to Greece.

How long have you been a band?

Since 2007, roughly, though the only constant members have been me and Grant, the drummer and sax player. The current lineup on tour has been playing together for about a year.

The band’s name, is it something special for you? Does it have a secret meaning?

The name has no real significance, it’s merely something that happened to come about.

Grant and I reconnected after living in different places and realized that we missed playing music together. By that point we were both full of new ideas and inspiration and felt like we could take the music that we had been making to another level, expanding upon the ideas we had been working with on our first record. The results of these experiments were Solar Collector and, eventually, Arena Negra.

All these years the «Myrrors» have been kind of out of the scene. Were you active musically? Or were you away from it?

After we released the first record we all went different ways. Grant moved to California for work, I went down to Tucson, which is about two hours south of where we had been living before, and our original bass player Claira Safi more or less “retired” from music to focus on electronics.

Do you take that period as a creative one? what were you engaging with at the time?

We were all still involved in making music on our own and exploring different ideas away from the band context. I think those years apart allowed us to develop as musicians and think about how we wanted to pursue our music.

Talk to us about your albums so far.

The first record Burning Circles in the Sky was made very early in the band’s life, and was very much as experiment in recording and writing material for the group. In a way the album was really just a collection of demos! Solar Collector was the first release after we reformed the band and was a rough mix of jams from the rebuilt group. We wanted to try and capture the moment of the band coming back with new inspiration and give people something new while we worked out plans for the next “proper” studio album, which was Arena Negra.

In your opinion, which one of your albums is the most representative and complete for you?

Definitely our most recent, Arena Negra. That one served as a kind of manifesto for where the band is going and I think covers a lot of the ground we are interested in exploring. The next album will certainly be different, but will carry the same spirit I think.

Your last album was the «Arena Negra», how did people respond to that one? Are you satisfied?

Response has been good so far, I’m sure there are many people wishing for the less experimental songs of Burning Circles but that kind of thing doesn’t concern us too much, the music goes where it goes and we’re not the same band as we were seven or eight years ago.

You picked Greece for two shows in Athens and Thessaloniki. How did Greece came to be on of your destinations?

Greece was definitely one of the places we most wanted to visit on this tour. We seem to have a very dedicated following over there and from what we’ve heard Greek audiences are very enthusiastic! Not to mention it’s a beautiful country and we’re all very interested in getting an in-person look at the social and political situation right now.

Can you tell us what you have planned for these two shows? What should the audience expect?

No expectations is always best, but I will say that we’ll probably be playing a mix of old, new, and brand new material that we’ve been road-testing.

What will your next steps be?

Right now all our attention is on this tour, as we still have more than a month and a half of travel left. We will probably get back in the studio and work on some new recordings though, and maybe plan some dates in the United States.

Psychedelic is the basis of your music. What led you to that musical genre and how hard was for you to express yourselves that way?

We started the band as a sort of psychedelic garage rock group but I think that at this point we do not fit very comfortably in the “psychedelic” genre – the music is more of a melting pot of 1960s and 1970s rock, avant-garde, folk, free jazz and traditional musics.

Name some artists that are exemplar for you and albums that you consider as milestones.

Do you feel like you have a specific target group? Like people that are interested in one musical genre or a wider range of people? Do you feel like music should have limits and labels?

We are always surprised by how eclectic our audience turns out to be. Then again we play a rather unusual style of music so I imagine lots of people find different elements to latch onto, whether they’re old 60’s hippies or young stoner rock kids.

Psychedelic music is kind of misunderstood as it has been connected with drug use, especially hallucinogens. What is your stand on this. Is it time to get past this view?

Well the name itself comes from an association with drug use, so it seems like it would be a little difficult to disassociate it from that without finding a new term for it. That’s why I dislike the term “psychedelic rock” (though I of course finding myself having to use it too in certain situations)…it’s such an eclectic mix of bands and styles and is not always tied to hallucinogens.

Psychedelic music corresponds to liberation, mostly of feelings. How do you manage to do that?

Liberation through music, improvisation…the happiest we are I think is when we are creating in the moment and things fall into place.

What does Psychedelic mean to you? What is the first things that comes to mind when you hear that word?

I you met someone that has no idea of the genre, what would you do to make them listen and engage with it?

Take them out to the countryside or the wilderness and put on Trad, Gras och Stenar’s “Sommarlaten” off Mors Mors.

Thank you very much!!