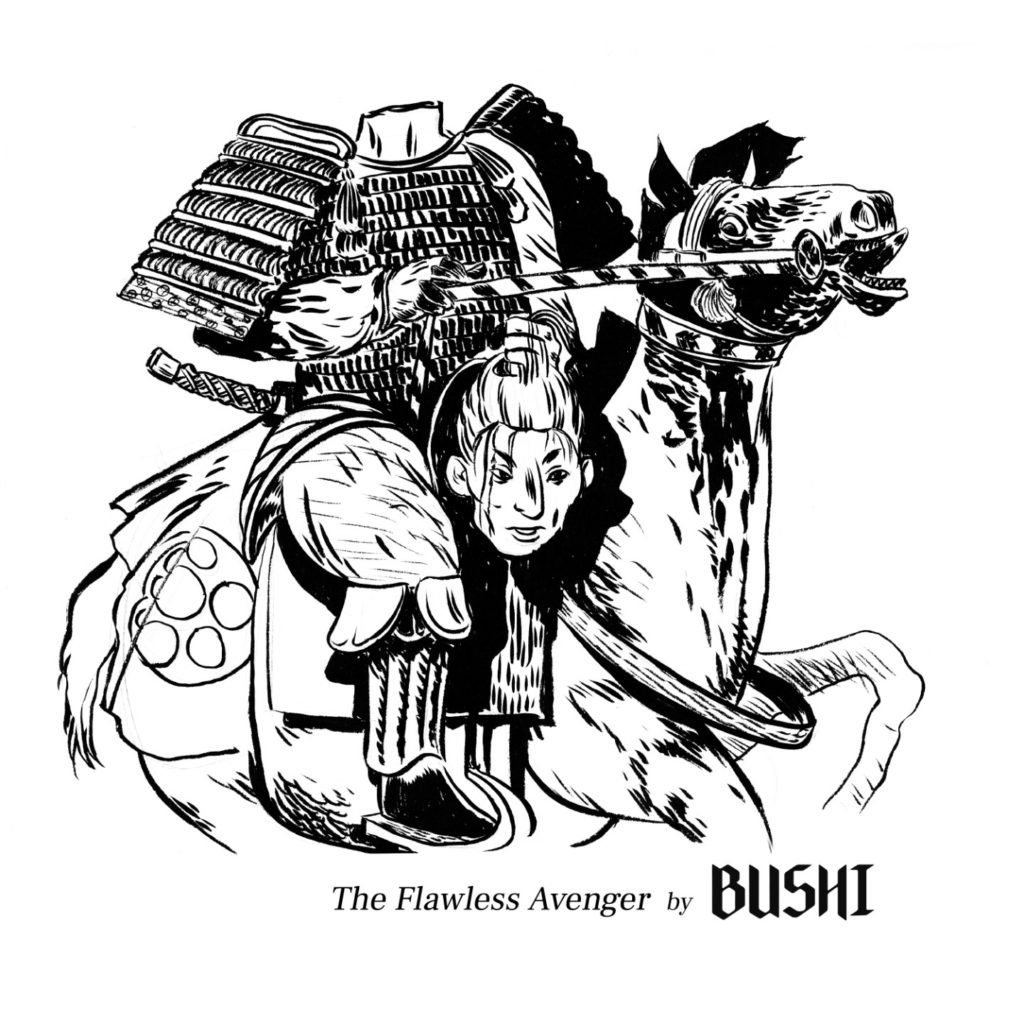 Bushi is the brainchild of Alessandro Vagnoni (drummer for Bologna Violenta, Ronin and multi-instrumentalist for his onemanband project Drovag), here as guitarist and composer/arranger/lyricist of all the songs. The debut album (self-titled) has been released
in September 2017 via Dischi Bervisti, an independent label run by Nicola Manzan
(Bologna Violenta, Ronin).

The iconic and lyrical imagery of BUSHI is inspired by the Samurai epic, characterized by the contradiction between pride and disgrace, refinement and cruelty, prestige and decadence. The texts are short poems (haiku, a typical meter of Japanese poetry), each
inspired by the precepts of the military and philosophical schools of these noble warriors. In this record all the haikus were made starting from the events or precepts contained in the Hagakure book (the title of each track contains the reference to the chapter and
paragraph).

Bushi’s music comes out from the improper tuning of the guitar (each string in G) and the first record represented an exploratory phase of a new way of composing. In this second chapter there is more harmony, an easier task for vocals in finding melodies less litanic and
more effective. Even the entry of Sergio Pomante’s sax has enriched the sound palette, giving the album an original and distinct sound, far from the average heavy music scene.
The record will be released on February 14th, 2020 in digital format via Infinity Entertainment Group. The physical format will be available at https://bushiofficial.bandcamp.com and it will not be a normal CD package but an illustrated book (including the lyrics and credits of the recording) with a CD included.
The Flawless Avenger is a compendium of stories of old sages, of Samurais devoted to an honorable end, of moral teachings, of premonitory dreams that show the way. The way of the Samurai. Death.