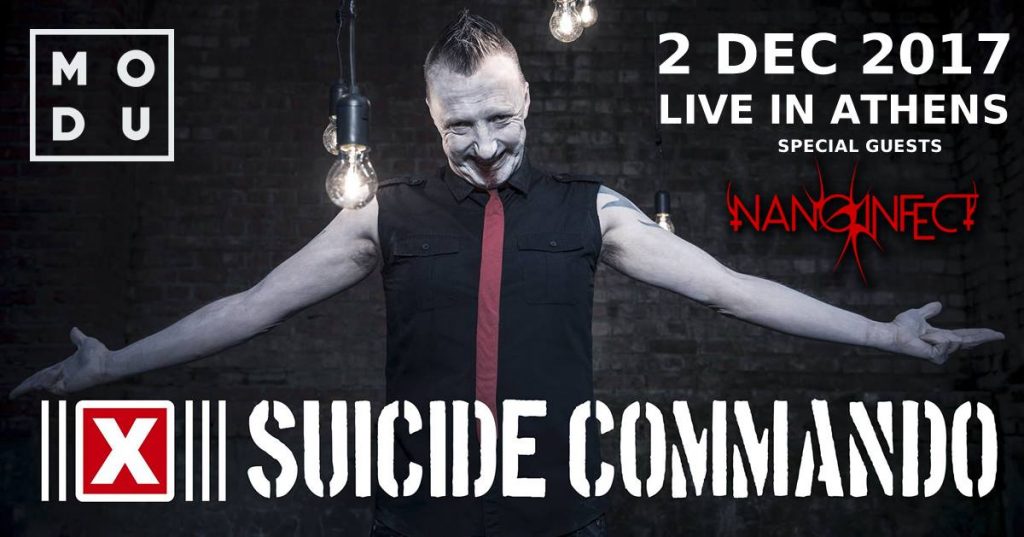 Going strong for 30 years, Suicide Commando have not only been pioneers of the harder Electro genre, but continue being innovators up to this very day.

Formed in summer 1986 by Johan van Roy, the band made a name for itself through a series of self-released tapes from the late Eighties to the early Nineties. When the group released its first full-length CD „Critical Stage“ in 1994, it soon would evolve into one of the most popular and important acts of the scene.

In this and all of the subsequent releases, Van Roy explores the dark side of humanity with lashing beats, haunting atmospheric electronics and an addictively psychotic and relentlessly aggressive vocal style. With eternal club hits, such as the seminal „See You In Hell“ or “hellraiser” and an impressive roster of successful album releases, from the classics “Mindstrip”, „Axis Of Evil“, „Bind, Torture, Kill“ and „Implements Of Hell“ to the apocalyptic 2013-masterpiece „When Evil Speaks“, Suicide Commando continue to be genre-defining while always evolving their very own trademark sound of synthetically-induced mayhem.

They are a regular guest at the biggest scene-related festivals around the world and are renowned for their energetic stage performance. With an ever-growing rabid fan base at their back, Suicide Commando are one of the most popular live acts of the entire scene.

The band is currently working on the next album SUICIDE COMMANDO IIXIII FOREST OF THE IMPALED NEW ALBUM coming out on July 21st 2017, and, judging from the sold-out advance single „The Pain That You Like“, it will be nothing short of another Hard-Electro-milestone.