An interview with Kari Rueslåtten 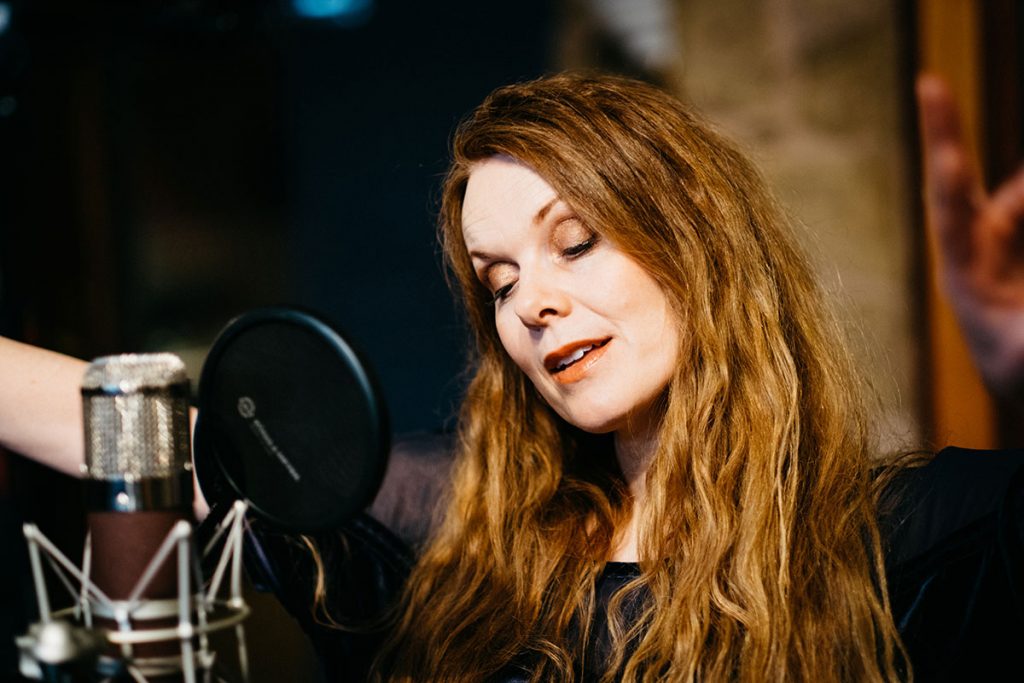 Welcome to Afternoiz Kari. We’re honoured for this interview and congrats on your new album, Silence is the Only Sound. On December 1st we’ll meet you in Death Disco where we’ll listen to your new and old stuff.

Thank you so much, I am very much looking forward to playing for the very first time in Greece!

Silence is the only sound is something a bit different than what we’ve used to from you. Where would you classify it, musically?

I think I will classify the album as alternative folk pop.

Was the making of this album a difficult journey? Tell us about it and about the people that participated in.

First, I made the songs. I spent time in the mountains of Norway, composing the lyrics and the melodies in different cabins I set up my equipment in. Sitting there alone in the snow-covered wild landscape was my first choice of inspiration.

I wanted Jostein Ansnes to produce the album. He has produced my two previous albums too. I very much appreciate working with him. For the making of Silence Is The Only Sound Jostein and I invited the musicians to come in studio to record all the songs live. All the musicians set up their equipment in the big studio Parr Street in Liverpool. I was placed in a vocal-booth, and we recorded all the songs live, including the vocals. It adds a very special nerve to the recording, and it might be an old fashion way of recording, as you can do anything more digital and add one instrument at a time. But, I like the creativity and live-feeling of the recordings, it keeps us all on our toes.

How’s life as a solo artist?

Mostly it is very good ☺ Sometimes I miss being in a band. I miss being able to share the ups and downs with people that are “on the same team” as you would have with band members. But, I am very lucky to have some really nice people with me on the solo projects too.

Is there anything you would change in the musical experiments you’ve done so far, or anything new that you would try?

I am quite fortunate, as I have tried so many different musical constellations in my career. I still haven’t tried much symphonic arrangements, with a huge orchestra, so that would be nice to try at some point.

For quite a period of time, you disappeared from the music scene to focus on your family, which is a big part of your life and deserves attention. Is there an easy way to combine those two and on what level has your family helped you with it? Is there a song that talks about them?

To be honest, I think that there is no easy way to combine the two. Because I feel you can never spend as much time with your family and especially your children as you would like. Sometimes I wish that I could be a little fly on the wall when my children are at school because I wonder so much – how are they, what are they doing, how are they dealing with things, how do other people treat them, how do they treat other people. But, this is just life. We just borrow each other for a certain amount of time. We have to set those dear to us free. I am also very lucky that my husband is involved in my musical projects too. That is great, because you spend so much time with music, and with releasing music, and all the admin. that goes with it. Oh, yes – I talk about my family in many songs ☺

Where do you find your inspiration?

I find my inspiration very much in Nature. In old tales and traditional music. I also find huge fascination in other peoples’ stories. Why do people make mistakes? Why do they make decisions they know they will regret, that they know will hurt those they hold dear and themselves, but they still do it? I am very inspired by what is going on inside people’s minds.

What are we going to experience on December 1st in Death Disco?

I have made a set list of songs from most of my recordings over the years, focusing of course on new material from my album out now Silence Is The Only Sound, but I will pick out some old songs too. It will be an intimate, acoustic duo-setting with only vocals and guitar to accompany the songs. I will bring with me producer and guitarist Jostein Ansnes, who is very talented, and has a very special way of playing his guitar.

We wish you good luck on all your shows and would like a wish and some thoughts for your fans in Greece.

Thank you so much! I am sooooo looking forward to playing in Athens. I think it will be a special moment to finally play there. I know there are people in Greece who has followed my music from the very beginning. One of the very first letters I received (yes, we wrote letters back in the days ☺) and interviews I did after leaving The 3rd and the Mortal more than twenty years ago was from Greece. Friday December 1 it will happen! Hope to see you all there!