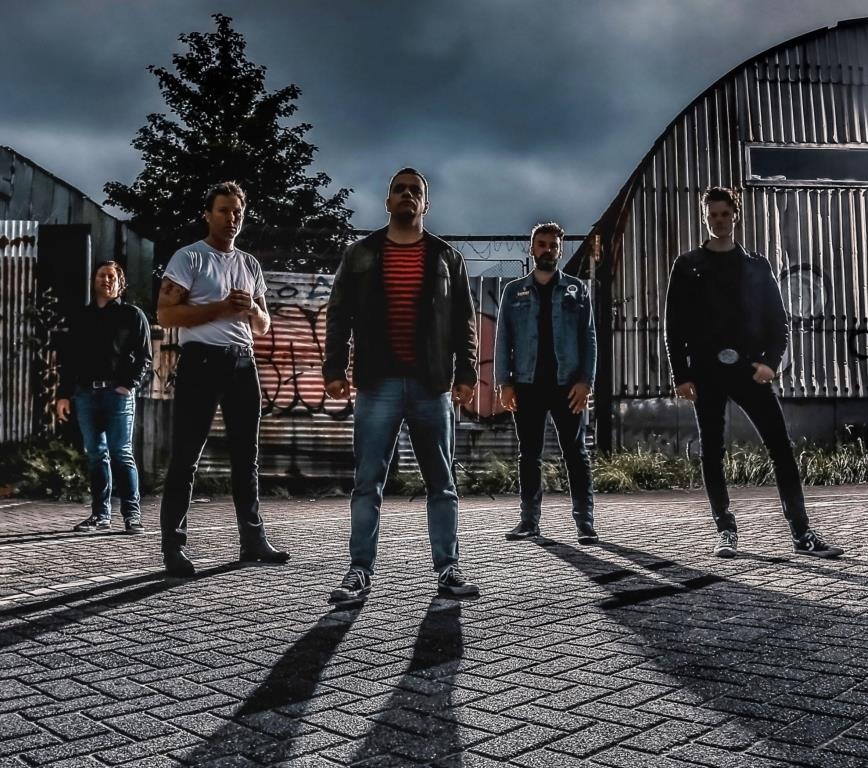 With five fresh tracks – including the re-recorded anthem “Trapped” – “NEW WORLD” is yet another milestone in SAVAGE BEAT’s still short but turbulent career, continuing their quest for world dominance – even in this new world – with yet again their best work to date!
More refined in sound and songwriting but yet hard rocking like never before.
An absolute must in any way possible!

Savage Beat started in in the fall of 2016 as a fun project to write some punk/oi tunes in the style of many of the great bands we grew up on (Blitz, Stiff Little Fingers, Anti-Heroes, Wretched Ones etc etc).

After a few months of practicing a demo was recorded.

One with Texas’ Concrete Elite and one with Portland’s Death Ridge Boys. The album and singles were supported with shows in Holland, France, Serbia, USA and Canada.
After the wildly exciting 2019 Savage Beat were geared up for an even busier 2020.
But after two shows at the beginning of the year all plans were put on hold due to the corona pandemic.

Nonetheless a new 12″ep called “New World” was recorded for Rebellion and will be out in February 2021
12″ vinyl comes with a screenprinted b-side!