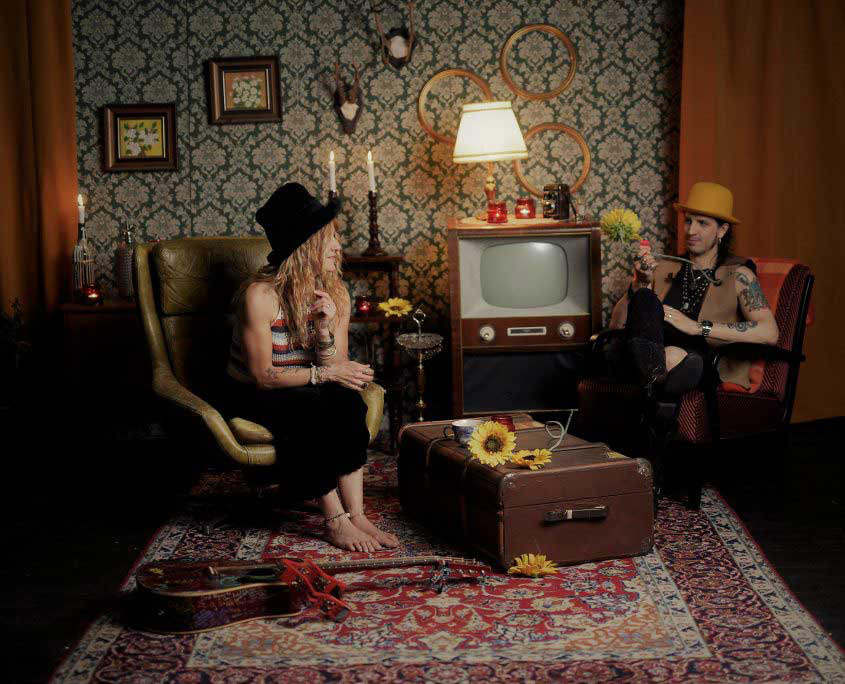 Their current British line-up features James Frost on drums and bassist Jon Middleton. During Covid 19, all of PBS main shows had been cancelled until 2021. In the meantime the duo have kept up their presence making occasional on-line acoustic appearances. Andersson and Kitto together have released 2 full length albums and 5 singles. Perfect Blue Sky’s 1st single/video ‘Oh Pretty One’ is out June 26, 2020 via Record Union in Stockholm Sweden.

The video can be viewed here:

‘Oh Pretty One‘ is a song about a girl on the autistic spectrum somewhat trapped inside her imagination. The video was inspired by American photographer Francesca Woodman who lived in New York City until her death in 1981. She was an artist who created a beautiful, exploratory and imaginary world within her art whilst outside her door, the world appeared grey, alien and mundane. She constantly redesigned her inner world theatre until there was nothing left to discover. Based on a true story!
The video was made during lock down in our apartment staircase here in Newquay Cornwall with Pna’s newly aquired 3D Animation skills and the video was shot with Jane’s iPhone, its pretty hilarious.

Oh Pretty One (Single) can be ordered here: https://smarturl.it/OhPrettyOnePBS [The Silver Ark (B-Side)]