3 weeks ago Interviews 0
Interview: Talks about God and Music with Nero Kane - Afternoiz.gr

Interview: Talks about God and Music with Nero Kane 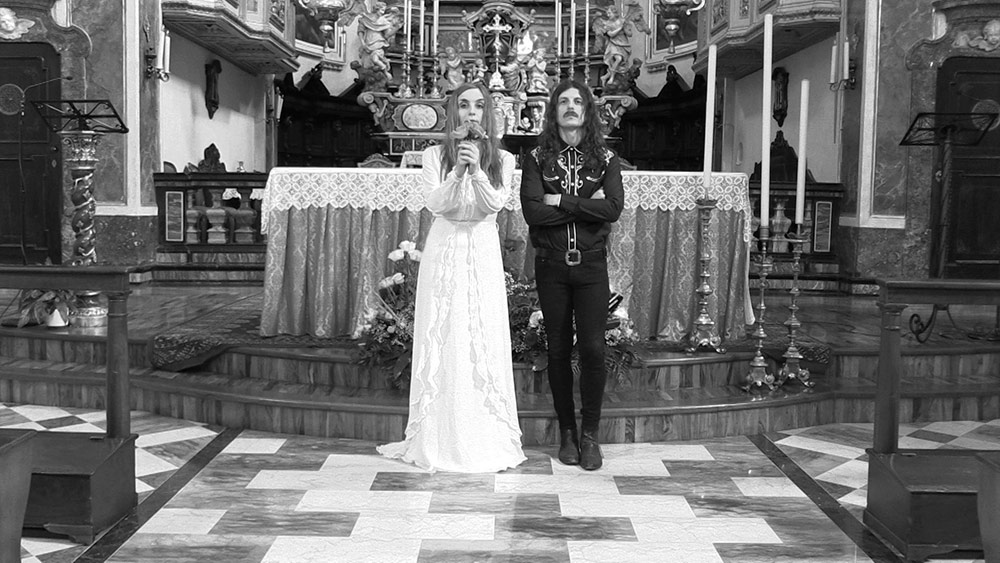 Ciao! Mi chiami Eleni dalle Afternoiz! Did I say it correctly? Haha
I want to ask you some questions so that the Greek fans can get to know you!

A: What’s the story behind the name “NERO KANE”?
ZK: Nero Kane is my solo project started in 2017. After my past years in garage rock bands, I decided to start a new path more focused into folk/blues and psych/dark songwrting. In 2018 I released my debut album “Love In A Dying World” (American Primitive) produced and recorded in Los Angeles by Joe Cardamone (formerly of The Icarus Line, actual collaborator of Mark Lanegan). Then, after a promotional tour that brought me to play both in my country, Italy, and abroad, in October 2020 I released my second album “Tales of Faith and Lunacy” (Nasoni Records, BloodRock Records, Anacortes Records). This new album has been recorded and produced here in Italy by Matt Bordin (Squadra Omega, collaborations and productions with Thurston Moore, Michael Zerang, Jackie O’ Motherfucker, Delaney Davidson).

A: Tell me 5 artists, who influence you and your work
ZK: Nick Cave, Nico, Swans, Johnny Cash, Wovenhand. 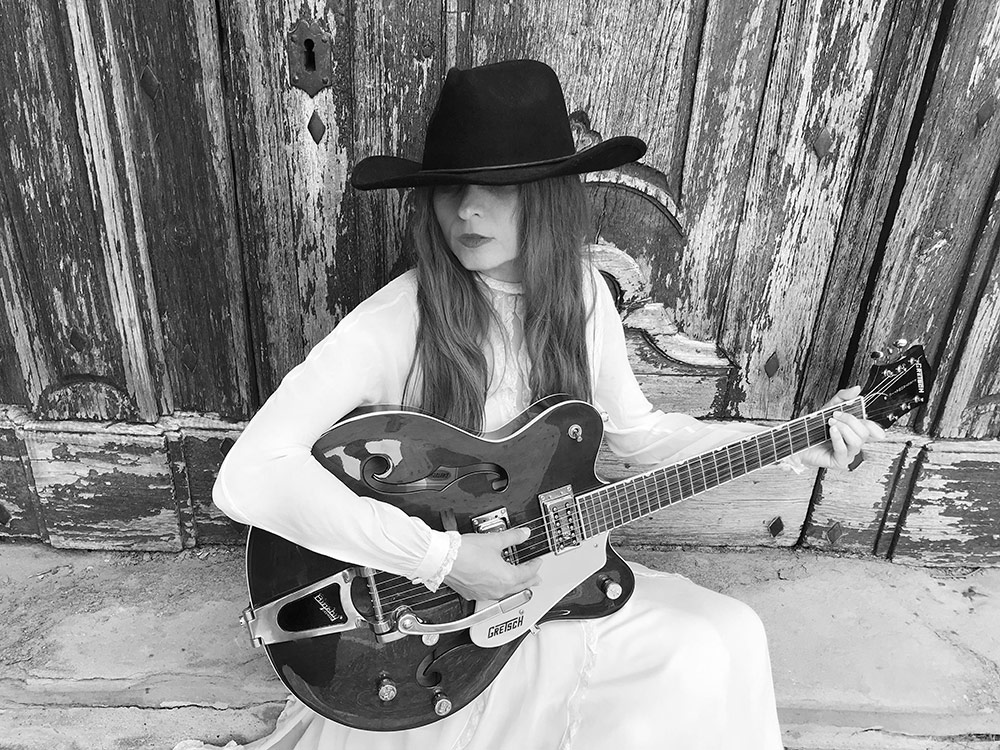 A: We can see that there is vast proportion of religion in your new album ‘Tales of Faith and Lunacy’. Why is that? How come touching this “area” of interest?
ZK: In the last years I became more intrigued by spiritual and religious topics and aesthetics, even if in a completely laic way. This was also combined to my deeply listening to artists that are connected with these aspects of life. My blues background, folk songs and American songwriting, or artist such Nick Cave and Nico, led me to investigate more in this territory.
But a certain type of darkness was already an important aspect and leitmotiv of my music. Since I started to write songs I was really into this type of mood. For example, in my previous album, I took and adapted two Hymns from the Presbyterian Church as lyrics for two songs.
So I think this new aspect is just a normal consequence of my research and growth as a man.

A:’Tales of Faith and Lunacy’ is your new album. Tell us some information regarding the whole process of making.
ZK: ”Tales of Faith and Lunacy” is a cinematic, psychedelic and timeless journey in a desert landscape where medieval European mystical influences blend with the flavour of the American West. The process has been really easy and fluid. I basically collected a number of dark and decadent ballads that I wrote on guitar. Just lyrics and riff. Really stripped down to the essential, as in my style. Then I asked to Samantha Stella, my partner who already joined me on tour in the live set on vocals, piano and organ, to write and sing some other lyrics for other songs. This connection between my music and our voices was good so we decided to record the new album. We recorded here in Italy with Matt Bordin, a talented producer and musician, who run a beautiful studio (Outside Inside Studio) in the woods not far from Venice. His work as artistic producer gave a fundamental ”drone/psych” background to my songs and then we have added the strings by the violinist Nicola Manzan (Bologna Violenta), another important musician well known in our country for his work with several bands. At the end we had a great time in studio and we really appreciated this collaboration.

A: Love, death and religion. Do you think that there is a connection between these three notions?
ZK: Obviously there is. For example, to someone, the highest love is the love to God. Love, death, religion are part of our life, even if we aren’t truly believers, they constantly surround
us everyday. Since the beginning of our existence the man interrogate himself about these insondable questions. And in music all these aspects are deeply connected. Let’s think about
the old bluesmen or songwriters. All this came out from religious songs like gospels. And since the beginning music has been a way to express our thoughts and connect our spirits towards what was unknown to us. Music comes from and speaks to our hearts. 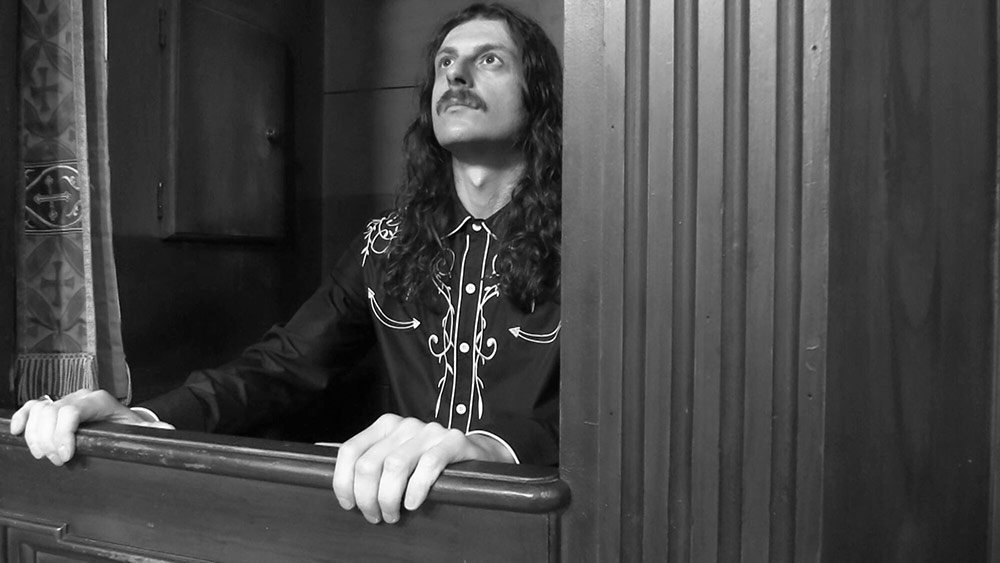 A: How easy it is to be an artist in the middle of the coronavirus pandemic? How this affect you?
ZK: I am grateful to have music and art by my side because it helps a lot to face everyday routine. Sadly it’s still very difficult because basically you can’t work and you don’t have any
sort of certainty. I live day by day trying to concentrate myself to write new stuff and promote the new album via internet, which is already a huge work if you have certain aspirations.

A: In your debut album ‘Love In A Dying World’ you cooperated with Samantha Stella for an experimental film. Also, this film has been screened in museums and art galleries. Tell us about this cooperation and how this cooperation took such a huge virality.
ZK: I cooperated with Samantha since 2015. Together we made music videos, performances and since 2017 she joined me on stage. She is quite an eclectic artist and she helped me a lot to promote my music also in contexts that aren’t typically dedicated to this. In 2017 she shot an experimental film based on my album ‘Love In A Dying World’ in the Californian desert landscapes. During the release of the first record we decided to promote both the works. Sometimes together with the film screening we made a concert, sometimes we separated the events. This gave to my music and to all the project, a new level of fruition. Also, she shot the short film to launch “Lord Won’t Come”, the lead track of “Tales of Faith and Lunacy”. We like to mix things, perform in different contexts like art galleries, theaters or formerly churches, and in general to don’t put limits to our art. 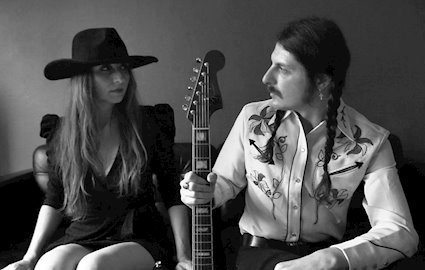 A: How exactly you mix your music with cinematic flavors?
ZK: We both love the films and aestethics of directors such as Wim Wenders, David Lynch, Jim Jarmusch and Bela Tarr. I also love the soundtracks of composers like Ennio Morricone
and Armando Trovajoli. This, connected to a certain type of music and listening, brought me to create this sound with a cinematic flavor. Samantha, who often has the same feelings
with me, interprets my visions and take them to a new visual level. Honestly there isn’t a program behind all. Everything just came out in a natural way. I simply think all my
influences from books, paintings, movies and songs have contributed to create my sound which is a mix of different genres and languages.

Grazie mille! �
Thanks to you for your interest in my music! Hope to come soon to play also in your country.
You can follow me and support my music in the below links:
www.nerokane.com
www.facebook.com/nerokanemusic
www.instagram.com/nerokane/
https://nerokane.bandcamp.com/

You can read it in Greek.

An interview with Kari...