1 year ago Globalnoiz, News 0
Freefall : Dead Is The Oldest You Can Get - Afternoiz.gr

Freefall : Dead Is The Oldest You Can Get 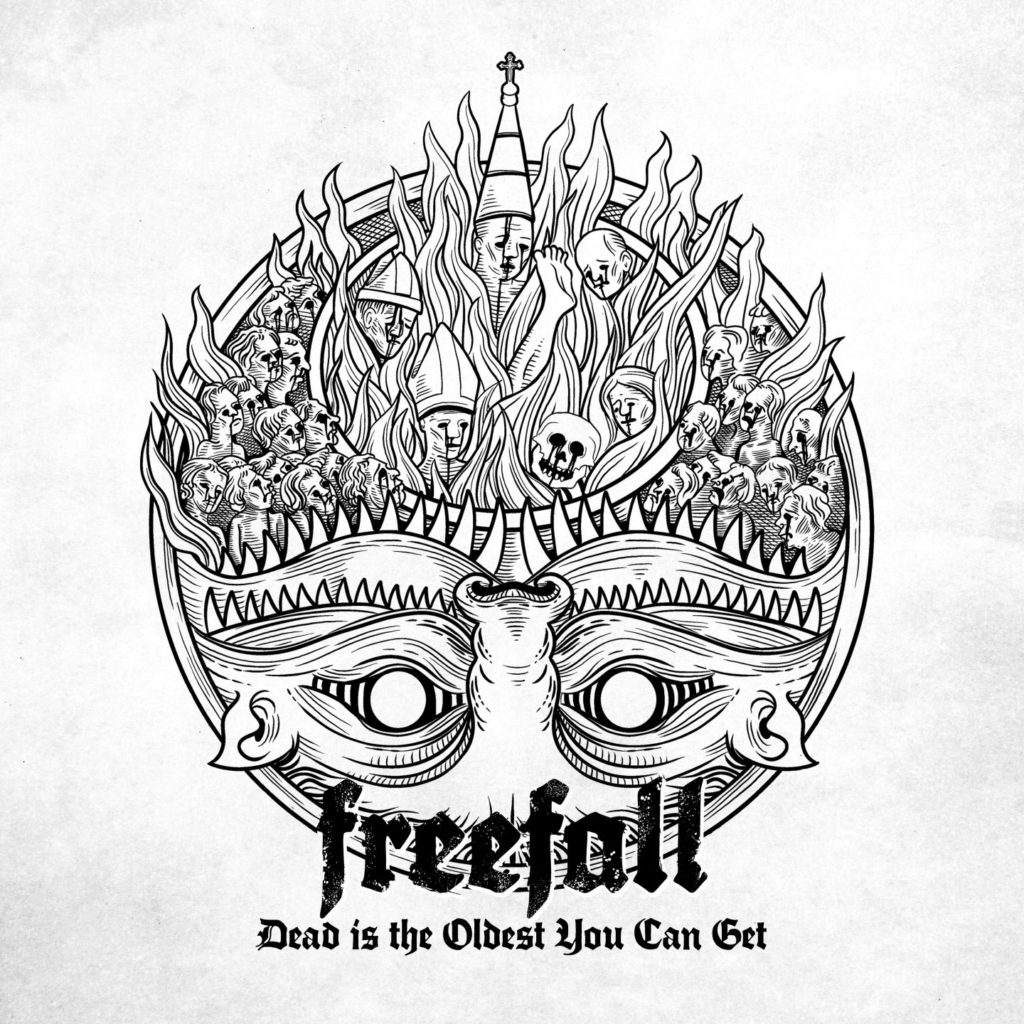 Greek Death metallers Freefall return with a new EP titled “Dead Is The Oldest You Can Get”. After finally stabillizg their line up, the band’s new offering focuses on a more oldschool, yet fresh, extreme metal songwriting approach. Containing elements from best of both worlds (European and American DM scenes) the new songs reflect the constant struggle of  getting older yet not wiser, in a world on a free fall into obscurity. The 4 track EP includes a Killing Joke cover of “Complications” a somewhat odd choice that fits perfectly to the sarcastic nihilism of the band. The title song and video deals with the agony of a moribound man, on his deathbed  and his inner battles just a few minutes before dissolving into total nothingness. Consisting of riffs that pay tribute to the Biritish DM legends the track is a less than 3 mins ferocious punkish attack.

Against the stream of modern extreme metal productions where everything is soullesly perfect, the band tried to keep things as raw as possible. “Dead Is The Oldest You Can Get” was recorded in the blink of an eye during a weekend at Blueberry Production Co. with Kostas Kofinas on the wheel. Mix and master took place on the same studio a couple of months later. The cover is a drawning of the Greek painter/tatoo artist Christos Voulgarakis. Artwork was conseptualized by Nikos Tsiolis Artworks  (Dead Congregation, Hail Spirit Noir, Agnes Vein, Kemerov).

Photos were taken by Vaggelis Neofotistos

All songs recorded between August – November 2019 and Mixed/ Mastered  during December 2019 -February 2020 at Blueberry Productions in Thessaloniki, Greece.

Artwork made by Nikos Tsiolis

Produced By Kostas Kofinas and Freefall

All music and lyrics by Freefall